Our region consists of the following counties: Benton, Coos, Curry, Douglas, Harney, Jackson, Josephine, Klamath, Lake, Lane, Lincoln and Linn. To serve all members we are divided into two chapters: the Central and Southern Chapters, with each arranging a variety of functions to service our members.

If you enjoy driving your Porsche with the company of some fun loving people, then join us at our next event to experience some of the best roads and scenery that Oregon has to offer. 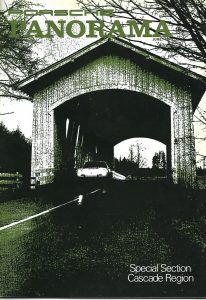 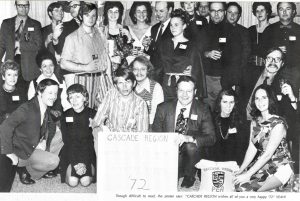 I’m a native Oregonian, grew up in Klamath Falls, and have lived in the Eugene-area since 1976. Married my wife Deanna in 1977, she has tolerated my car-craziness for over 40 years now. I’m a bit of a tech-geek, a casual home-brewer of dark beers, and a reasonable mechanic. After 20+ years working in tires and auto repair, I shifted careers to be a tri-platform Linux/Windows/Mac systems administrator for  17 years. Now retired, I like working on and restoring cars as recreation. After 11 years with air-cooled 911s, I recently shifted to a 718 Cayman.  I’m not a track-rat, but thoroughly enjoy back-road weekend cruises and the like.

On 2015, I moved to Oregon from California. I retired from a printed circuit board industry after 35 years, and have been married to my wife, Jacqueline for 34 years.

Since I was a teenager, I have been a Porsche enthusiast.  My first Porsche was a 924 and I loved it. I started joining POC in 1995 and PCA in early 2000. Started doing slalom, time trials and finally Club Racing both with POC and PCA. For the past couple years, I’ve done Lucas Oil of Racing and Porsche Masters at Barber Motorsports.

My love affair with Porsches started in the mid-80s with the Road and Track Porsche ads.  I would rush to the school library to be the first one to get the new magazine and promptly remove the Porsche ad where it would become part of the wall paper plastering my walls. On November 25, 1988 I was fortunate enough to have my first car become the Porsche which I still own, a ‘66 912.  I moved to Oregon from Nevada in 1990 to attend the  University of Oregon.  I’ve been a member of the Cascade region since around 2000 and have had various positions within the club during that time.

I have been a member of the PCA since I bought my first Porsche in 1988. In the past, I have held several positions in the Cascade Region. I have been Vice-President, Chapter Rep, and newsletter editor.

Over the years, I’ve owned five Porsches: a 1972 911T Coupe, a 1981 911SC Targa, a 1990 964 Targa and a 1998 C2S Widebody Coupe.  Last year I was able to acquire my dream Porsche….a 1996 Twin Turbo.   I enjoy every aspect of the Porsche. I enjoy the drive, the looks, and especially working on the car. As a former auto shop teacher, I really like helping others learn about how their car works and also helping them learn about how to work on their cars.

I’m passionate about just about anything with wheels and an engine, but especially about Porsches. I grew up with an eclectic mix of cars and have continued that pattern with the 35 or so cars I’ve owned. I bought my first Porsche (an ’85 911 Carrera which I still own) and joined PCA in 2009. I also have a 718 Cayman, which gets more regular exercise. And I welcome ideas for activities that will get more of our members involved.

My wife Ann and I retired from government service in the Washington DC area in 2004 and immediately moved to Grants Pass, Oregon.  My first contact with PCA Cascade Region was when I attended a tech session early in 2014, driving up in my 6 year old Hyundai Sonata.  I think I got noticed.  Hey, I told everybody, my new Cayman is on order and will be here any day.  About 4 months later I got my Cayman which I found to be amazing.  Today I use it as a daily driver.  Ann liked my Cayman as well and wound up buying a Macan-S. Sometimes when we can’t decide who is going to drive on Club Tours we’ll bring both cars.  Having great fun with our cars and the club.

My PORSCHE history began in 1964-65 when I first saw the 911.  I thought it was a spaceship from some alien planet.  In high school and college I saw and rode in a 356 and 912, but I thought they were never for me.  My transportation was a 1964 Plymouth Valiant and I was glad to have that.  BMW’s were closer to my budget, but still unattainable, until my dear suffering wife said after attending my visits to the BMW dealer in Medford over and over again “buy the car for Pete’s sake (by the way, who in hell is Pete?)”.  So a 1997 BMW M3 was in my garage.  Then Porsche came out with the Cayman and it was lust at first sight.  In ’07 the first Cayman S entered the Kohn’s household.  Interesting sidelight, Carolyn-you remember the long suffering wife-said “would you be willing work for three more years to get this car” and I of course said in a heartbeat “yes”.  My present ’14 Cayman S is my ‘keeper’ car.

I grew up in the Territory and State of Alaska and have been an Oregon resident for 10 years now.  But it was in Alaska where I zeroed in on Porsche as being my must-have sports car.

I had always loved big American muscle cars but I never could bring myself to get one.  The closest I came to it was my 1965 Shelby GT350.  What a beast.  In short order, after I sold that car (mid-seventies), I cashed in my retirement plan to buy my first 911, a ’72 911T.  Although I only owned it a couple years, it made an enormous impression on me.  The sound and feel of that 911T stuck with me for 25 years, and it finally drove me to buy one of the first new 997s, a car which I still consider too fast for me.  Now, I’ve drifted back in time and I’m scooting around in another 1972 911T.  And a 1988 Carrera Targa somehow ended up in my garage too.  So, along with my ’62 Karmann Ghia, I’m operating three cars with engines in the rear and ignition keys on the left.  Great stuff. 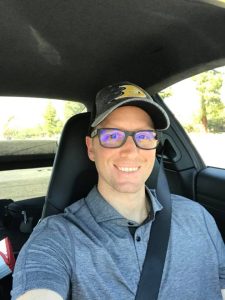 I was born and raised in Southern California and have been involved in PCA for the past 10 years. I recently moved to Southern Oregon in Jan 2022. I’ve held many positions with PCA and served as Riverside Region President for 4 years. I enjoy spirited driving events, track days, and social gatherings. My favorite racetrack is Laguna Seca. I once held the track record for class with Porsche Owners Club in my 996 C4S. Looking forward to being apart if Cascade Region!

Get Social With Us!